Take a trip to the Canary Islands Carnival 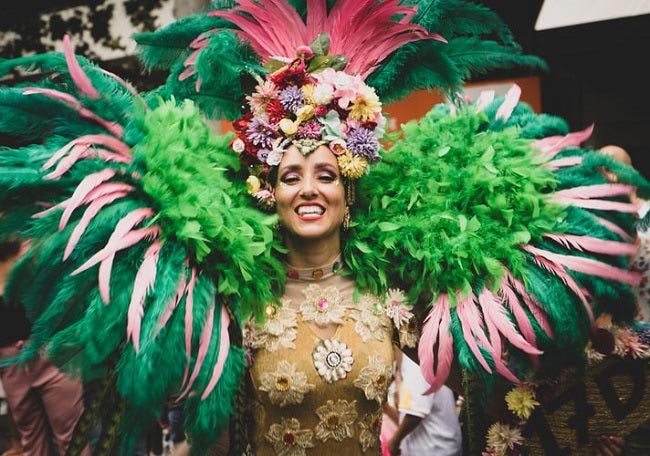 Discover the most famous festival of the Canary Islands, the Carnival. Stay at one of the Hoteles Elba and enjoy this festival.

Music, colour and amazing costumes. The great Carnival festival is fast-approaching! To discover its origin one must go much further back in time, given that it is an ancient tradition. To the extent that it is unknown exactly when and why it began to be celebrated, although everything points to a Christianisation of certain pagan festivals held in honour of the gods.

More specifically, the ‘carnival’ comes from the Italian word ‘carnevale’, which takes two Latin terms ‘carne’(meat) and ‘levare’ (remove), referring to the tradition of not eating meat during Lent. During the three days prior to the commencement of Lent, practically all excesses were permitted, which is why many persons started using masks to maintain their anonymity. Over time, the Carnival has become the festival that we know today.

Celebrate the Carnival in the Canary Islands

It is no secret that the Canary Island Carnival is one of the most famous in the world. The Las Palmas de Gran Canaria Carnival goes back practically to the foundation of the city in 1478, the result of a blending of cultures which furthered its activity as a commercial port. There are historical documents which make reference to masquerade balls as early as the 16th century.

Currently the Canary Islanders get ready for this festival for months and their enthusiasm is evident in the dazzling events which are organised, such as the election of the Carnival Queen. She is the leading representative of the festival and parades in a stunning costume, which can weigh over one hundred kilos.

Another attention-grabbing pageant is the hilarious Drag Gala. Both events are held in Las Palmas de Gran Canaria, which amid the glitter of the rhinestones and the showiness of the feathers of the costumes demonstrate during these days the warm and hospitable nature of its residents.

Remember that you can experience the magic of the Carnival first hand, staying at Elba Vecindario, but don't forget to bring your costume!