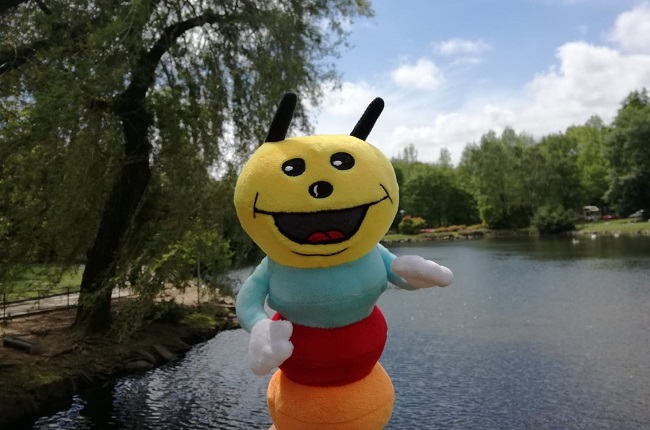 From north to south and east to west. Anyone who has ever stayed at any one of our hotels knows Pepe, the funniest worm.

How it is possible that a little worm has become a hotel chain's mascot? Simply, because this requires talent, commitment and a great deal of charm. And these are, precisely, the qualities with which Pepe, a small multicoloured worm has gradually made a niche for himself in the Hoteles Elba family. To the extent of becoming necessary as an ambassador for Hoteles Elba, as well as a friend for our guests, especially the little ones.

Just like any other worm, Pepe only remembers what he wishes to remember, which is why his origins are not entirely clear-cut. Some workers place his origins in Motril, the first hotel of the chain. Small in size and with far fewer colours and feet that he has now, some workers remember him roaming freely about the hotel gardens, until he was found by one of the guests, who protected and cared for him throughout the entire summer. During this time his body become more colourful and his feet grew, becoming stronger, allowing him to reach impossible speeds. Summer went by and Pepe was already another member of the HotelesElba team

The hotel chain continued to grow and with that the involvement of Pepe to bring happiness to our hotels. He commenced visiting all the establishments which opened up, from one place to another, back and forth thanks to his great adroitness with his feet. In doing so spreading the joy, happiness and spirit of Hoteles Elba wherever he went and demonstrating the values of our hotels all over the world. There's no better ambassador for HotelesElba than Pepe!

Today Pepe is an adult, but he continues taking care of all our hotel guests as the first guest who cared for him, filling their holidays with thousands of colours and smiles, and dashing about the hotels at the speed of light to fill them with shared fun and good times.