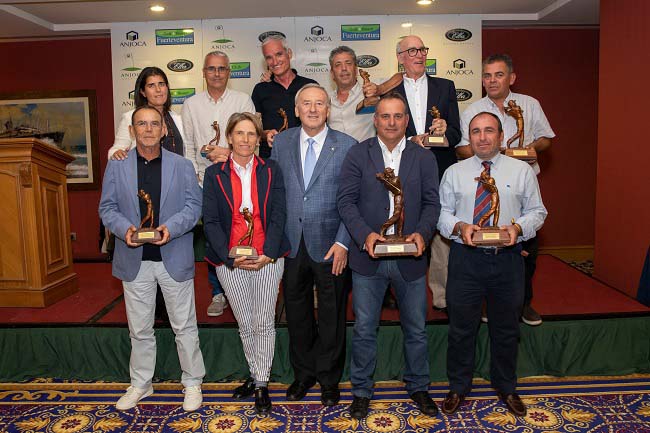 Yet another year the 12th edition of the ANJOCA Golf Cup Tournament, from the Hoteles Elba hotel chain, has been a success. Find out about the winners and the experiences had.

Last Saturday, the Fuerteventura Golf Club golf course hosted the twelfth edition of the ANJOCA Golf Cup Tournament, organised by the Hoteles Elba hotel chain. The competition has brought together many Spanish and international amateurs in an event which continues to grow on the island of Fuerteventura, this year with 80 participants.

The competition was played in the individual Stableford handicap modality, this year being the first of which had a restricted golf handicap, set at 26.4 for men and 30 for ladies. The competition was held at the Fuerteventura Golf Club, an excellent par 72 18-hole golf course.

“Hoteles Elba has been committing itself for many years to convert the golf offer into one of its distinguishing attributes, contributing to promote Fuerteventura as the wonderful golf destination that it is”, commented Sandra López García, Fuerteventura Golf Club director.

For the third year running, the tournament has been played with the tee shot starting at 1 p.m. In the evening, a cocktail followed by a gala dinner was held which was the perfect finishing touch to this sports day. That was the moment chosen by the organisation for the prize ceremony, which were awarded to:

Many of the participants and attendees of the ANJOCA Golf Cup Tournament stayed at the Elba Sara Beach & Golf Resort and at Elba Palace Golf & Vital Hotel, the latter  a hotel with its own golf course, two hotels in Fuerteventura where special discounts and packages for this tournament were offered.

The island of Fuerteventura is an idyllic destination for golf tourism and the tournament that is organised annually by Hoteles Elba is, undoubtedly, one of the events which contributes to the promotion and tourism of the “Isla Majorata”.